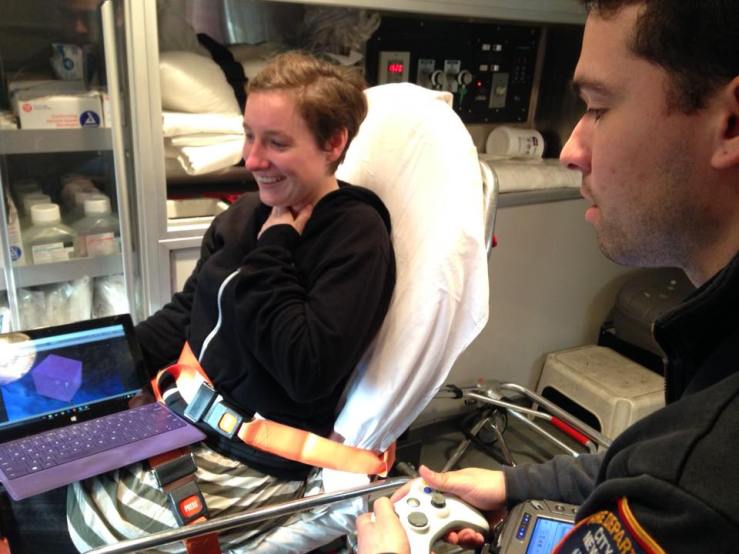 Once, after choking on a piece of food, Jen had to ride in an ambulance because they didn’t know if the food had fallen into her lungs or not. To stay calm, she asked the EMT to playtest a game she was working on.

Hello! My name is Jen Allaway. I’m a narrative designer and writer with 7 years experience living in the greater Seattle area of Washington!

I broke into the game industry with landmark research on the prevalence of sexism in the game industry and it’s impact on game content. Since then, I completed contract work on several successful indie games, including IGF Narrative nominee Unavowed, 2064: Read Only Memories and Shardlight.

An MFA of Game Design and Game Criticism from the NYU Game Center, I am additionally an accomplished speaker who as been a guest at GDC, PAX Dev, PAX Prime, Indie Game Con, ECGC, and several universities across the country.

I spent the last three and a half years working full time at Pixelberry Studios, where I shipped several financially successful visual novels in their flagship app Choices: Stories you Play. I rose from being a junior writer who primarily helped and edited other writer’s work to leading a project of my own, Ms. Match, which became a best seller in the app’s VIP programming.

I am now a Senior Narrative Designer at Hidden Path Entertainment, where I am working on a large AAA fantasy RPG set in the Dungeons and Dragons Universe.