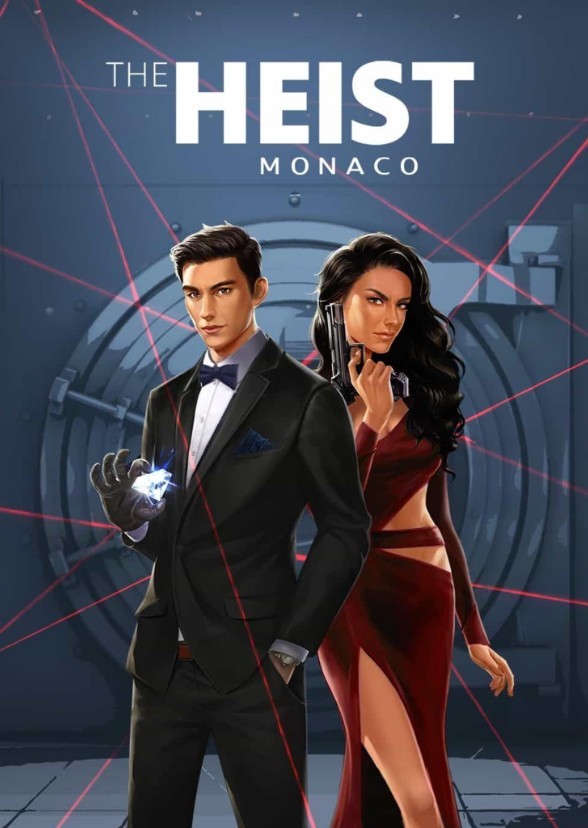 The Heist: Monaco is a crime adventure title in the Choices: Stories you play visual novel library, and the first book I worked on at Pixelberry where I was included from the very inception of the product. As a result, I was a part of large scale writer’s rooms where we took the premise of a heist book and brainstormed a larger outline with 16 chapters. My voice was integral in the creation of a diverse and well loved cast, including Choices’ first hijabi character, Samira.

We knew we wanted to have at least one moment each chapter where crew members had some banter, to flesh out the crew dynamics and really make the crew you hand picked feel unique and special.

Without being asked to, I designed the entire branching system that would allow us to have moments with crew members each chapter without turning the whole situation into a branching nightmare.

In addition to the duties I was already given as a writer on Endless Summer Book 3, I also learned more lead duties to assist my book lead, took on more writing responsibilities, and began to help out writers on other books when they needed someone to come in and write a scene for them to keep them on schedule.

Jennifer Allaway is a Senior Narrative Designer at Hidden Path Entertainment, working on a large AAA fantasy RPG set in the Dungeons of Dragons Universe. She has worked in the game industry for eight years and her diverse portfolio of games spans academic papers, adored indie games, popular work in the mobile narrative fiction space, and a board game. She plans on adding a lot more to that list over the years to come. View all posts by Jennifer Allaway